In psychology, and in ordinary language, emotion is used to describe a state of a person. Examples of emotions are fear, anger, joy, love and hate. Emotional state is related to mood, sometimes even identified with it, although emotions are generally considered to be more transient than moods. Emotional state is sometimes thought of as being internal and unobservable. However, this is not an assertion which is supported by empirical evidence, since externally visible changes almost always accompany emotional changes. Emotion is also sometimes regarded as the antithesis of reason; as is suggested by phrases such as appeal to emotion or don't let your emotions take over. Again, there is no empirical support for any generalization of this kind: Indeed, anger or fear can often be thought of as a systematic response to observed facts.

Emotions are generally regarded as an indicator of mental health. For example a wide class of psychiatric disorders relating to mood are classified as affective disorders. Depression for instance, is an affective disorder with a range of symptoms such as the prolonged and painful experience of sadness. On the other hand individuals that are incapable of experiencing emotions such as sadness or anger are referred to as suffering from emotional poverty reflective of many personality disorders.

Principally involved in the physiological component of emotion are: the autonomic nervous system (ANS), the limbic system, and the hypothalamus. Fear, in particular learned fear, is thought to depend on the amygdala.

Chemical Molecules that are involved in Emotions 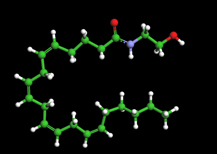