WHAT IS A MOLECULE

A molecule is defined as two or more atoms of the same element different element that are bound together. A molecule may be homonuclear, which means, it consists of atoms of one chemical element, as with oxygen (O2); or it may be heteronuclear, a chemical compound composed of more than one element, as with water (H2O).

Diatomic Molecules -- A diatomic atom is composed of only two atoms, of the same or different chemical elements. Examples of diatomic molecules are O2 and CO.

Heteronuclear Diatomic Molecules -- A heteronuclear diatomic molecule consists of two of atoms of the same element combined. There are seven diatomiceElements: Hydrogen (H2), Nitrogen (N2), Oxygen ( O2), Fluorine ( (F2), Chlorine ( (Cl2), --Iodine ( (I2) and Bromine (Br2) . These seven elements are so reactive that they can be found very often bonded with another atom of the same type. 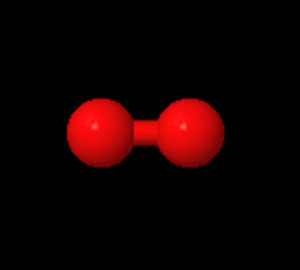 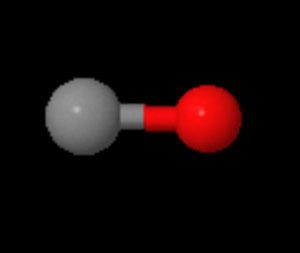 WHAT IS THE DIFFERENCE BETWEEN A MOLECULE AND A COMPOUND?

While all compounds are molecules, not all molecules are compounds.

A molecule is formed when two or more atoms of an element chemically join together. If the types of atoms are different from each other, a compound is formed. Not all molecules are compounds, since some molecules, such as oxygen gas (above image of molecule of-O2) or ozone (O3), consist only of one element or type of atom. 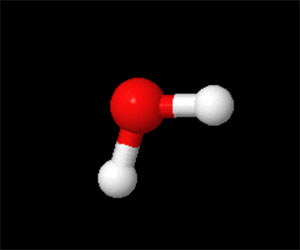 About the Water Molecule

Water is considered a simple molecule made of just a few atoms. . Complex molecule have many atoms joined together in some cases a repeating pattern.

Simple molecular substances consist of molecules in which the atoms are joined by strong covalent bonds. However, the molecules are held together by weak forces so these substances have low melting and boiling points. They do not conduct electricity. Shown below is a moleular simulation of water molecules interacting with each other.

Complex molecules are made up of carbon bonded with other elements, especially oxygen, hydrogen and nitrogen.  Sucrose shown below contains Carbon (green), Oxygen (red) and Hydrogen atoms (white).

A macromolecule is a very large molecule, such as protein, commonly created by the polymerization of smaller subunits (monomers). They are typically composed of thousands of atoms or more. The most common macromolecules in biochemistry are biopolymers (nucleic acids, proteins, carbohydrates and polyphenols) and large non-polymeric molecules (such as lipids (fats)  and macrocycles). Synthetic macromolecules include common plastics and synthetic fibers as well as experimental materials such as carbon nanotubes.

HOW ARE MOLECULES REPRESENTED?

Molecules can be represented with a chemical formula which shows the types of atoms in the molecule, and, uses subscripts, ti show how many of each type of atom is present.

A chemical formula is a way of expressing information about the proportions of atoms that constitute a particular chemical compound or molecule, using a single line of chemical element symbols, numbers, and sometimes also other symbols,

such as parentheses, dashes, brackets, commas and plus (+) and minus (−) signs. -Chemical formulas are most often expressed as --Molecular formulas wich indicate the simple numbers of each type of atom in a molecule of a molecular substance.

The structural formula of a chemical compound is a graphic representation of the molecular structure, showing how the atoms are arranged.

of a molecule shows the symbol for every atom, and it shows every bond. 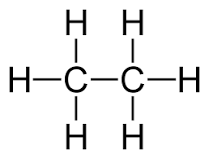 HOW ARE MOLECULES VISUALIZED?

Molecules can be visualized using Molecular Modeling Software. The 3 main models used are:

wire frame or stick, ball and stick and spacefill (or CPK). Molecule shown below is C2H6 (Ethane)